UVA in London: Culture of London: Past and Present (Education Abroad Programs Program)

UVA in London: Culture of London: Past and Present

In the words of Virginia Woolf, "London is enchanting. I step out upon a tawny coloured magic carpet, it seems, and get into beauty without lifting a finger."

An enchanting academic adventure indeed, the Culture of London Program is an intensive summer program designed for students interested in encountering the rich culture of one of the world's great cities. Alongside a course of reading in the literature, history and urban experience of London, the program will take full advantage of the extraordinary resources of the city. Through regular visits to theaters and galleries, museums and monuments, and streets and squares, students will have the opportunity to acquire not only an academic understanding of a complex culture, but also the powerfully immediate experience of personal discovery that is at the heart of international study. From the fiction of Zadie Smith and Woolf to the paintings of the city's most contemporary artists, from the architecture of Christopher Wren to concerts in St. Martin's in the Fields, from the Parthenon Marbles in the British Museum to the intense life of contemporary British drama--the power of such texts, events and episodes can only be felt within the immediate physical context of a city that has been fairly called a "work of art." (Newsweek preferred the phrase "the world's coolest city.")

This program will not run in Summer 2021; information for future years will be published when available.

The program's London home is Regent's University, a picturesque campus situated in Regent's Park. Perhaps the most beautiful of London's many parks, Regents encompasses expansive gardens, paths perfect for strolling or running, and even a zoo. Yet it also stands right in the center of the city, giving way at its borders to bustling streets and public transportation that can take you anywhere you want to go in the city.

London itself lets you walk streets that would still look familiar to Charles Dickens, visit the medieval fortress where Anne Boleyn was beheaded, and even view parts of the old Roman wall built around 1700 years ago. At the same time, the city immerses you in recent (and emerging) developments in art, theatre, architecture, commerce, politics, and more. The last two decades have seen a spectacular change in the face of London. The Tate Gallery opened a new gallery of modern art next to the recently reconstructed Globe Theatre; the London Eye, the world's largest Ferris Wheel stands on the banks of the Thames; a new pedestrian bridge links the cultural centers of the South Bank to St. Paul's across the river; the Shard, a 95-story tall skyscraper, offers views across the entire metropolis from its observation deck.

British and American instructors jointly lead the month-long course of study that continually moves from the classroom into the rich urban surroundings. Students will discover London's architecture by standing within such glorious buildings as the Houses of Parliament and Westminster Abbey. They will study paintings by sitting before them in the Tate and National Galleries. They will study literature while following the paths walked by fictional characters and history while occupying the spot where history was made.

While London is the focus of our interdisciplinary work, the program is also interested in the methods and goals of international study. How does the experience of life abroad affect our academic aims? What does it mean to participate in a global community? What role does our own national identity play within the context of international study? Questions such as these form an essential part of our course. 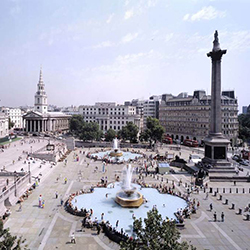 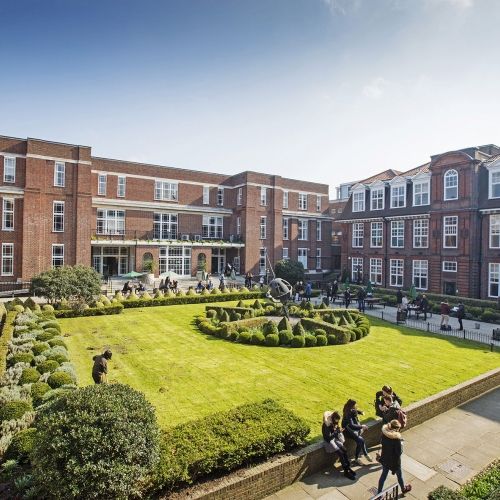 The class will meet approximately four hours a day in and out of the classroom, Monday through Thursday mornings, for three weeks. Afternoons during those days will frequently be used for excursions through London. During this three-week period of intensive cultural exploration in England, students will attend the theater regularly; visit museums and monuments; hear lectures from distinguished British and American scholars; read in the literature of London and its social history; study the urban environment; and engage in group discussions at Regent's University. The boundaries between classroom and the surrounding world will weaken visibly. To move throughout this remarkable city will become an activity linking academic and non-academic pursuits, thought and feeling, nationality and internationalism.The period Friday through Sunday will be kept open for travel. In the past, students have traveled to such cities as Dublin, Edinburgh, Bath, Paris, Rome, and Prague.
Note: Due to the COVID-19 pandemic, travel outside of London or the UK may be limited and some activities offered previously may not be available in Summer 2021.

University of Virginia students will earn three hours of major-level credit through the English Department. In addition to participation in class and scheduled events, students will complete several written assignments designed to deepen their thinking about London, its past, its present, and its cultural complexity.

Co-program director John O’Brien is a specialist in eighteenth-and nineteenth-century British literature. As an undergraduate his study-abroad experience in London was transformative, and over the last few years he has co-directed a J-Term class on the London Theatre with Victoria Olwell. He cannot wait to share this great city with students today.

For co-director Victoria Olwell, the return to Regent's University through a UVa program is also a kind of homecoming. Currently an associate professor of English at UVa, she is also a UVa alumna who attended a program at Regent's University as an undergraduate. More recently, she co-directed UVa J-term course on London Theatre with Professor O'Brien for a number of years.

Professor Clare Kinney is a scholar of the English Renaissance with strong interests in Shakespeare and Shakespearean London and also in modern British drama. She has lectured on the Globe Theatre and has recorded a series of lectures on Shakespearean Tragedy that are used throughout the world.

Professor Michael Levenson, has frequently lived, taught and conducted research in London. Deeply committed to the value of international study, Professor Levenson will be satisfied with nothing less than a student exhilaration that can match his own.

Housed in Regent's University's Reid Hall in the heart of London's most beautiful park, the participants will have full use of the University's well-appointed facilities: tennis courts, basketball court, soccer pitch, library, art gallery, computer services, and dining hall. Regent's University is located near the Baker Street station of the London underground (Map of London Underground), which rapidly brings passengers to anywhere in the city.

The program cost and payment schedule are available under the "Budget Sheets" link at the top of this page. Students with identifiable financial need are encouraged to apply for fellowships, scholarships, and financial aid. Please note that the application deadline for scholarships may be earlier than the program deadline. The University of Virginia believes in providing reasonable accommodations for students with documented disabilities on an individual basis. If you believe that you would require adjustments in order to fully participate in this program, please contact the Student Disability Access Center at 434-243-5180 as early as possible in order to begin this dialogue.