UVA in Berlin and Weimar: Germany, Past and Present

What does it mean for a country to confront its past, define its present and imagine its future? This course will introduce you to modern German history and culture by looking at the interaction between culture and memory. We will approach the cities of Berlin and Weimar not just as a collection of streets and buildings, but as multi-layered cultural and historical texts.

Some of the questions guiding us in this class will be: How does Germany remember its oftentimes complicated past, including its greatest cultural accomplishments but also its darkest hours? Which parts of Germany’s history are actively remembered and rendered visible? What remains hidden or absent? How does German discourse on dealing with the past differ from American strategies? And how does Germany’s current political situation, such as the rise of far-right populism or Germany’s evolving role in the European Union, fit into this?

On-site visits will combine lectures with active student participation, so you can practice strategies to analyze and interpret German narratives of history and culture. We will visit museums, the archives of the Stasi (the East German secret police), government buildings (including the German Bundestag or parliament), memorials (including the former concentration camp Buchenwald as well as Berlin’s famous Holocaust memorial). We will meet people who are active in the fields of social activism, journalism, publishing, politics, and the arts.

Berlin and Weimar are two cities which have played major roles in German history and exemplify different strategies of remembering (or failing to remember), reframing, or even reinventing the past. On the same Berlin street, you may find sections of the Berlin Wall, ruins of a Nazi-era secret police station, and contemporary federal government buildings.

Weimar celebrates some of Germany’s greatest poets and thinkers, yet just outside the city limits, more than a quarter million people were incarcerated at Buchenwald between 1938 and 1945, making it one of the largest concentration camps on German soil.

Traces of Germany’s most important historical events are visible in both cities, sometimes very explicitly in the forms of museums and statues, sometimes more subtly in street names, architecture, or commemorative plaques, and occasionally in the visualization of absences and historical gaps. 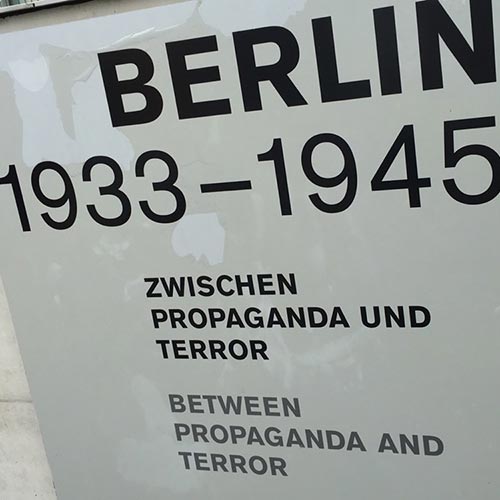 Germany, Past and Present
GETR 2770; 3 credits
Course Information
The language of instruction is English, and no prior knowledge of German is required.

Christina Neuhaus | can9w@virginia.edu
Program Director
Instructor in the Department of Germanic Languages and Culture, Ms. Neuhaus was born and raised in Germany. Her main research interests include the narrative creation of identity, as well as the transnational reception of literature. She has previously taught at universities in Germany, Hungary, and the United States. She joined UVA’s German Department in 2017.

Students will be housed in double-occupancy rooms at hotels in the centers of Berlin and Weimar, within walking distance of many of the most important sights, as well as numerous cafés, bars, and restaurants. Breakfast will be provided by the hotels and is included in the program fee.

The program cost and payment schedule will be available under the "Budget Sheets"  link at the top of this page. Students with identifiable financial need are encouraged to apply for fellowships, scholarships, and financial aid. 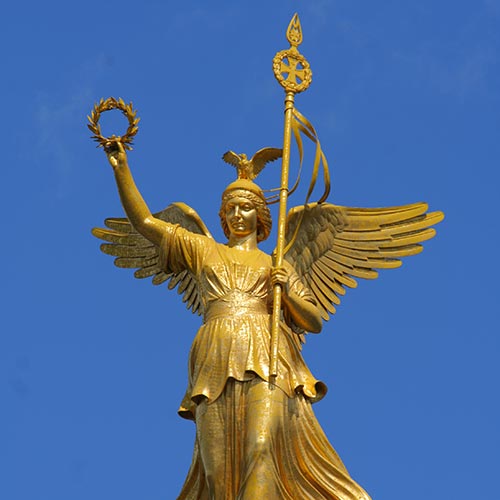 The University of Virginia believes in providing reasonable accommodations for students with documented disabilities on an individual and flexible basis. This program in Germany typically involves walking significant distances each day and extensive time spent standing. If you believe that you would require adjustments in order to fully participate in this program, please contact the Student Disability Access Center at 434-243-5180 as early as possible in order to begin this dialogue.

All participants will need a valid passport in order to participate in the program. Students must ensure that their passport is valid at least six months past the program return date. US passport holders will not need a visa to participate in this program. International students should consult https://www.auswaertiges-amt.de/en/einreiseundaufenthalt/visabestimmungen-node for visa and entry requirements, and meet with their International Student Advisor in the International Studies Office for information about re-entering the U.S. at the conclusion of the program.